We were doing a bible study on so many things one morning..but one of the things was how even though we sin every day God only sees us.  That once Jesus is our Lord and saviour all our past, present and future sins are forgiven.  We are no longer called sinners but children of God.

I had the kids all write down on a sheet of paper their sins…as many as they could think of.  Todd and I also made our lists.  Then we looked at them and talked about how tomorrow our lists will grow and so will they the day after that and after that. How blessed we are to go to bed with a longer list but no condemnation.  The bible says that there is now no condemnation for those who are in Christ Jesus. Romans 8:1.  The bible also says in Hebres 9:26 that Christ came to do away with all sin.  Also 1 Peter 3:18 “For Christ also suffered once for sins, for he righteous and the unrighteous, to bring you to God.  He was put to death in the flesh but made alive in the Spirit.”

We talked aobu the beauty of waking up every day in that amazing grace and laying your head down every night knowing that HE loves you the same as He always did. Also the peace we have knowing that His love and approval of us isn’t based on our performance for the day.  He fully loves and accepts us because we are His child, nothing more.  Brianna said it makes you want to get up and just be the best you an be for Him.  I think thats the point.  When you truly get the grace of God it will cause your heart to want to bow before him in humble adoration wanting now to serve and please Him out of an overflow of the love that He has poured into our souls.

Tyler, unknown to us, took his list outside and started it on fire.  He brought i 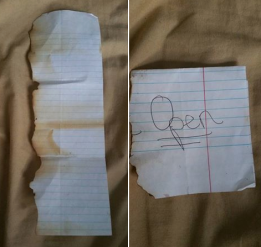 t back in to show us what had happened.  It burned his list of sins but the rest of the paper remained. God gave him a great visual of what happens to our sins when we ask Him to forgive us and reign as Lord of our life.

The photo to the right is Tylers actual piece of paper that he burned and the half that remained was blank.  He thought that it was pretty awesome that this is how it worked out.  God loves showing himself to us in all sorts of ways. HE also loves to reveal His truths in many ways also.  We serve a creative God.

So tonight, if you have believed that Jesus died for your sin and that you are a child of God, them when you lie down tonight rest in the peace knowing that you are fully loved, accepted, forgiven, redeemed by the blood of Jesus. You stand before Him as a saint not as a sinner and no matter what sins you committed today He has washed them away by His blood.  When you wake in the morning, rejoice and sings praises for His mercies are new every morning.  You awake every morning with a clean slate, white as snow, as if you had never sinned.  His grace is enough! It is the greatest gift we have ever been given.  May we all see someday what a truly blessed gift it is! Thank you Jesus. 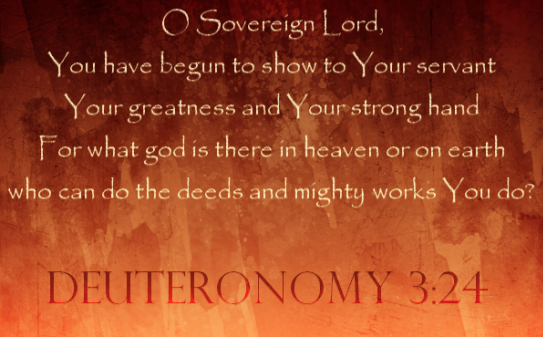